The Earth Overshoot Day campaign, which not only shows that the German population consumes too many resources, but also calculates the country-specific Earth-Overshoot-Day and the Global-Earth-Overshoot Day for each year, reminds us of these and other figures. The global Earth-Overshoot-Day in 2018 was August 1. On this day, the world’s population consumed all the resources that can naturally grow again within a calendar year. Calculated over the year, mankind thus needed resources of 1.7 earths.

What exactly is calculated?

The figures come from the Global Footprint Network, which calculates the Ecological Footprint for every country on earth on the basis of UN data. The Global Footprint Network uses this data to calculate the consumption of renewable resources and compares this with the biocapacity – i.e. the naturally renewable resources provided by a country. These values are presented in absolute figures as well as per capita and area in the unit global hectar, short: gha. If more resources grow back than are consumed, there is a surplus. This is the case, for example, in many developing countries. If, on the other hand, per capita consumption exceeds the naturally available resources, a deficit arises – more resources are consumed than are regenerated. 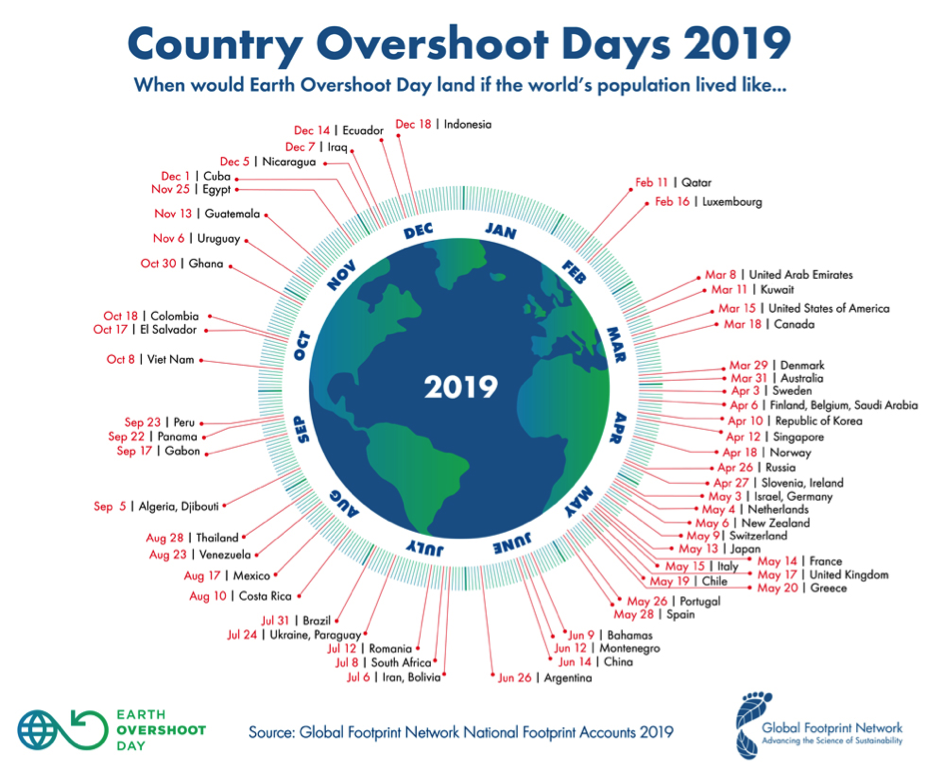